Coach Disch is entering his 4th season as the Head Football Coach at Bishop O’Connell High School. Coach Disch emphasizes the fundamentals of the game and takes pride in developing every player in the program.

Coach Disch is originally from North Plainfield, New Jersey. He played collegiate football at the University at Albany (FCS), in New York, from 2003 - 2007. Disch played Inside Linebacker and was the first player in Albany history to be named a 3-year captain. In addition, he was a 3-time All-American. In 2005 and 2006, he was named “Defensive Player of the Year” in the Northeast Conference. Disch was recently named to the NEC 20-year Anniversary team. He was the only defensive player from Albany to be named to this team. Disch is currently the all-time tackle leader at Albany with over 400 tackles. His greatest football memory was defeating Delaware while Joe Flacco was the Quarterback.

Prior to coaching at Bishop O’Connell, Disch played professionally for one year with the Berlin Adler in Berlin, Germany. When he returned to the States, Disch coached collegiate football at St. John Fisher (Div. III) and Stonehill College (Div.II). 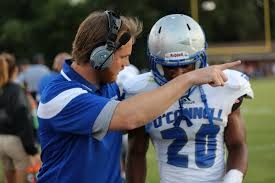 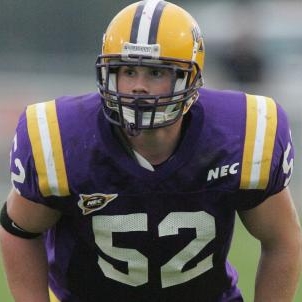